Doing It Right: The Life of a Hockey Wife, CHRISTIE BEZAIRE (Smith) 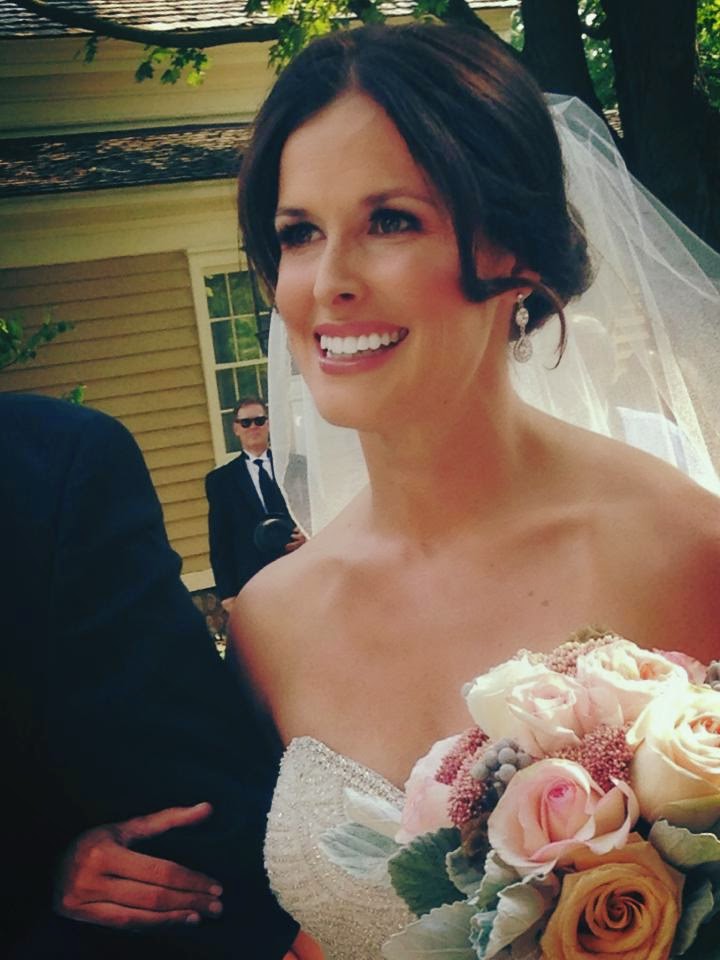 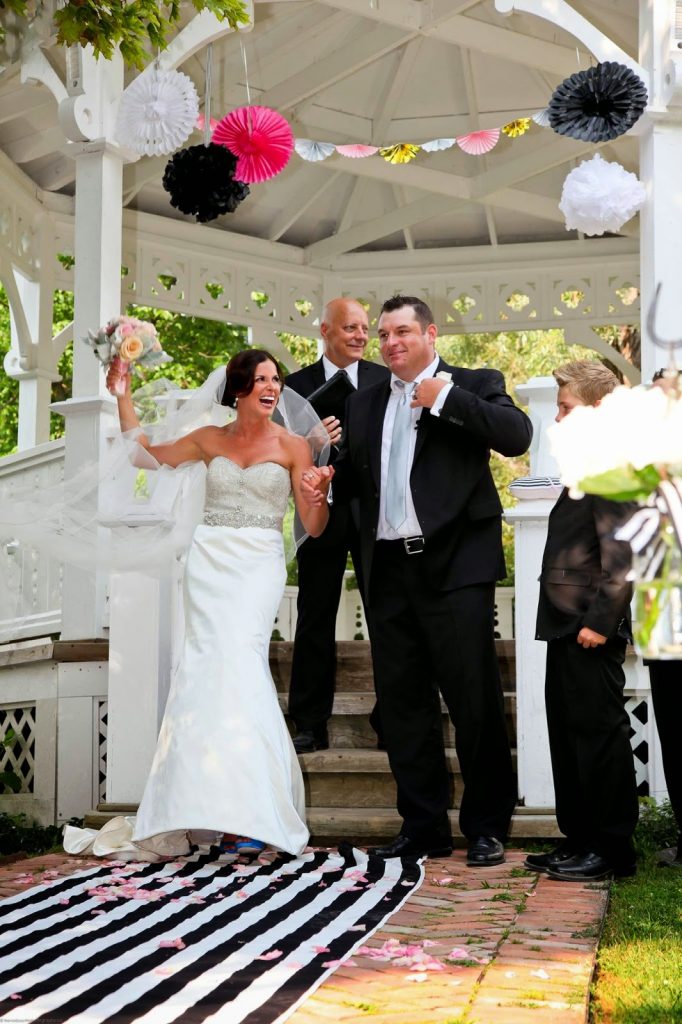 She’s got two of them! Colton is a miniature version of his Pops. They are like peanut butter and jam. His right hand man and of course DJ’s best man in their insanely gorgeous circus-chic wedding this past summer…Oh, did I mention that Christie, along with her cousin, planned her wedding as well. Pretty much another job, as most of you know. They sealed this deal August 3rd, 2015. It was a classy affair through and through. It wasn’t your typical “under the big top” circus theme. They exchanged vows in a historical village in Michigan that had incredible charm and character. Christie looked absolutely ravishing in her Lazaro dress. It.was.to.die.for. Their reception was held in an atrium not far from the ceremony, with giant rod lanterns that gave off a very Parisian feel as guests were able to dance under the stars…and performing circus artists from Sky Society. This wedding obviously had to have a splash of hockey as well. Christie took to crafting and made table numbers from pucks spray painted black and gold. The tables were numbered after DJ’s favourite hockey players, like Mike Weber! 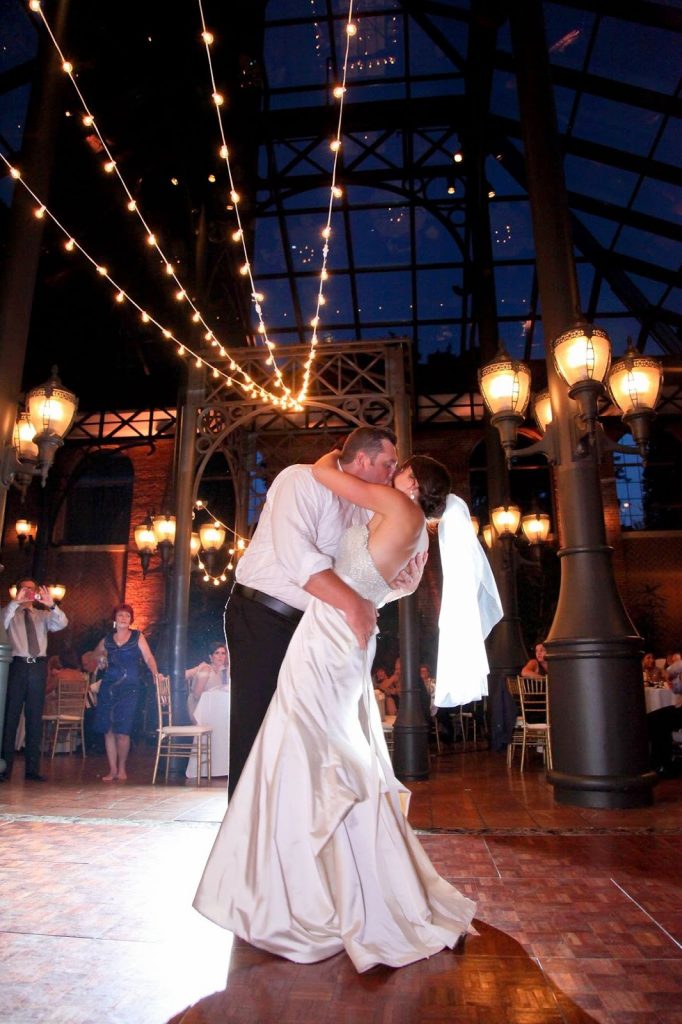 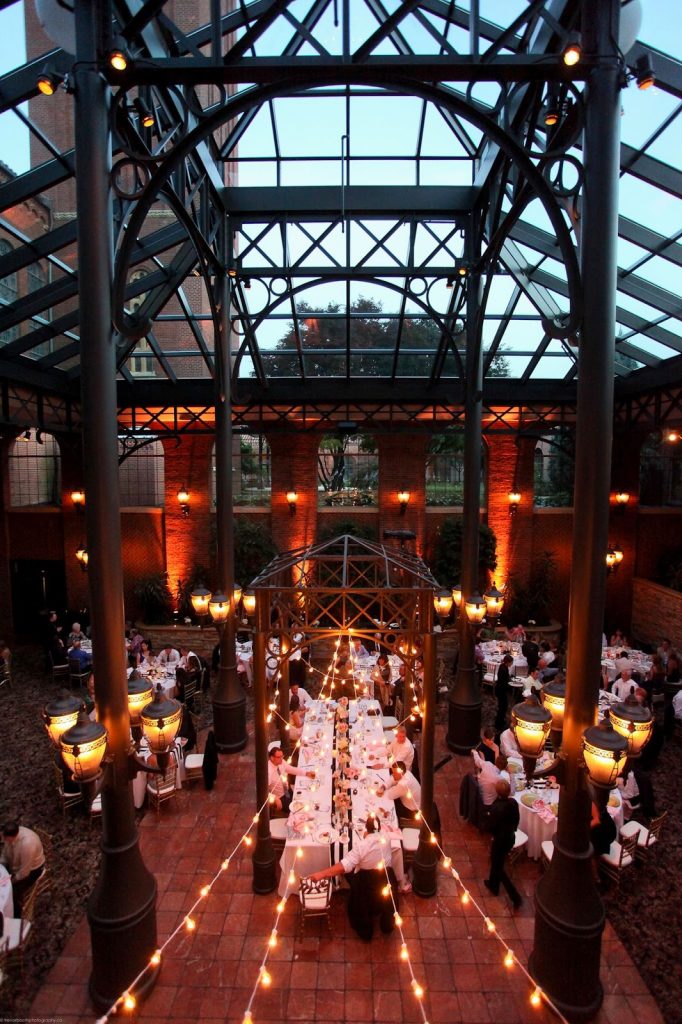 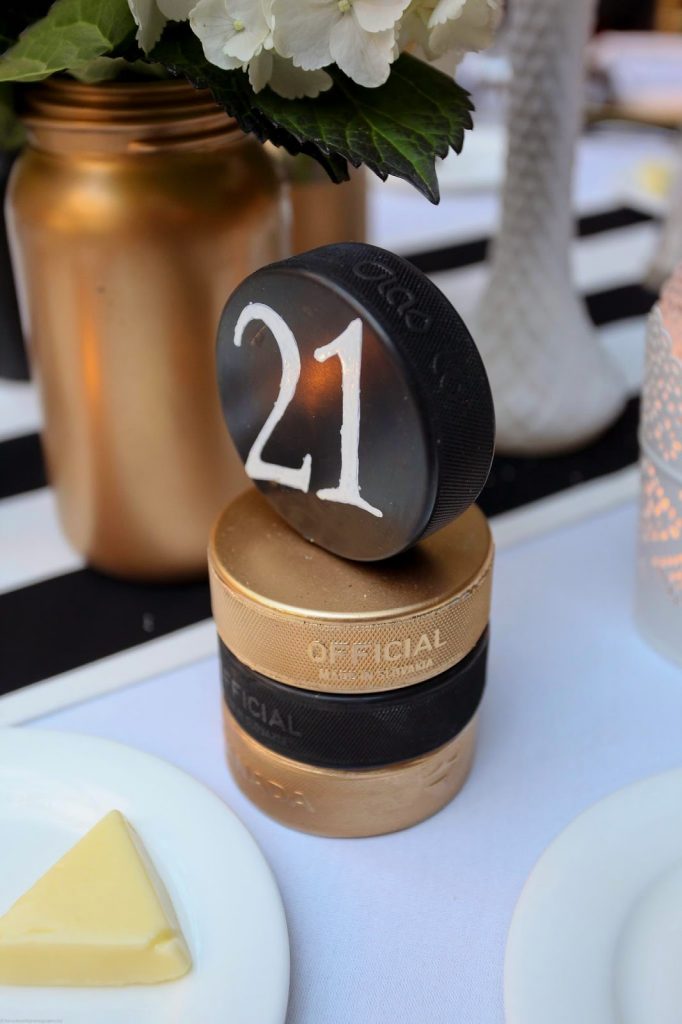 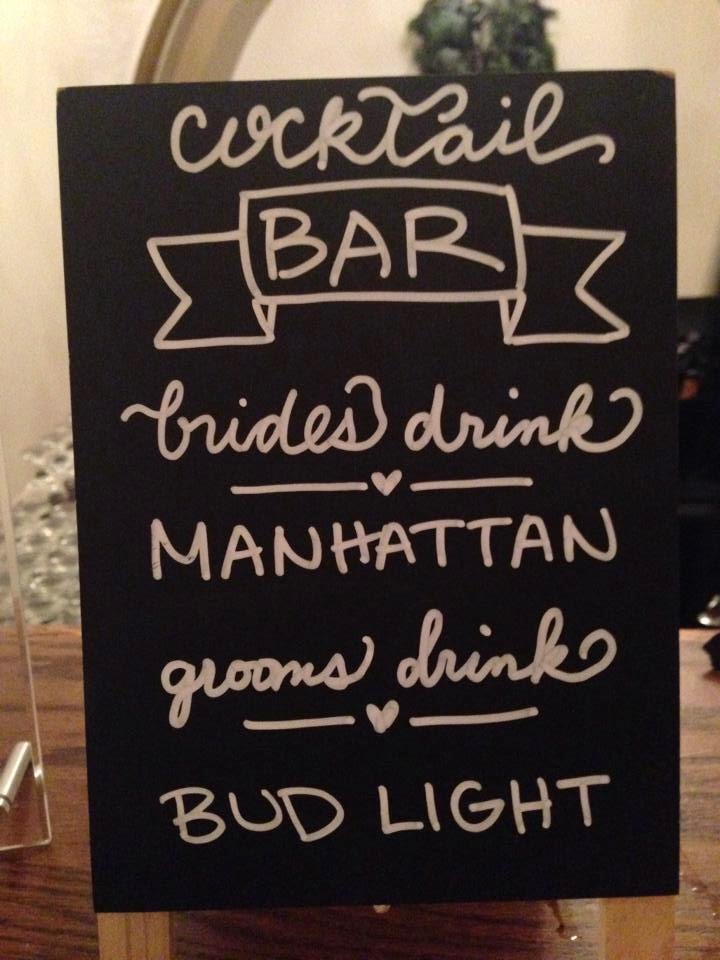 She really does it all. She likes it that way. I suppose its how we deal with the distance or the long road trips when we miss our other halves. Keep busy. But I truly can’t even fathom how she does it! Her company Sky Society performs aerial arts including long fabrics, lyra, hammock, trapeze and partner acrobatics. Their company has been hired to perform at events like The International Children’s Games, The Ontario Summer Games, The Coming Home Music Festival, and Windsor Pride. Bezaire usually practices 1-2 times a week, but can increase that if they are preparing for an event. Its lower right now due to her partner being on tour with John Mellancamp. Mmmhmm. 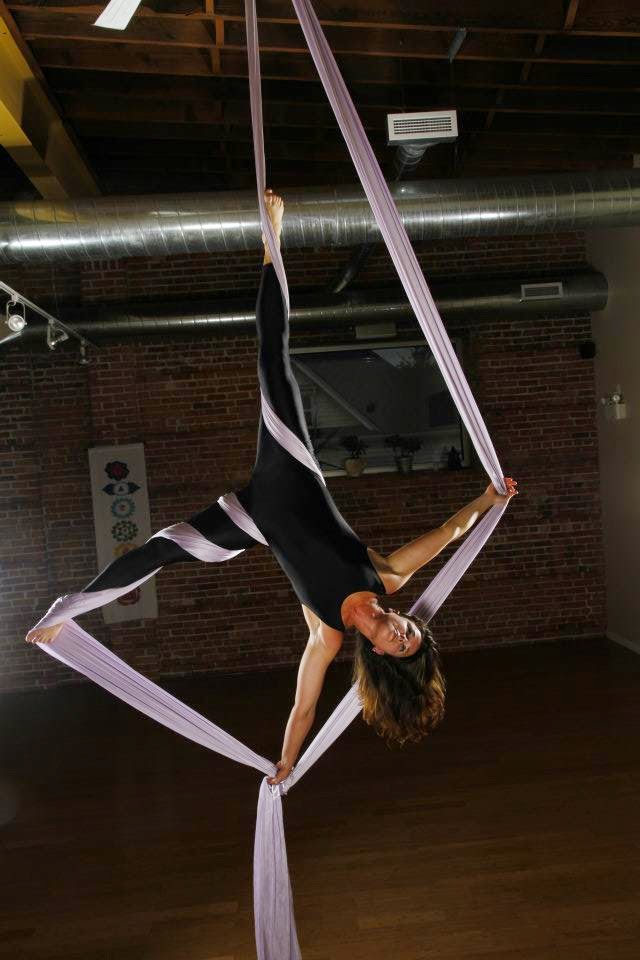 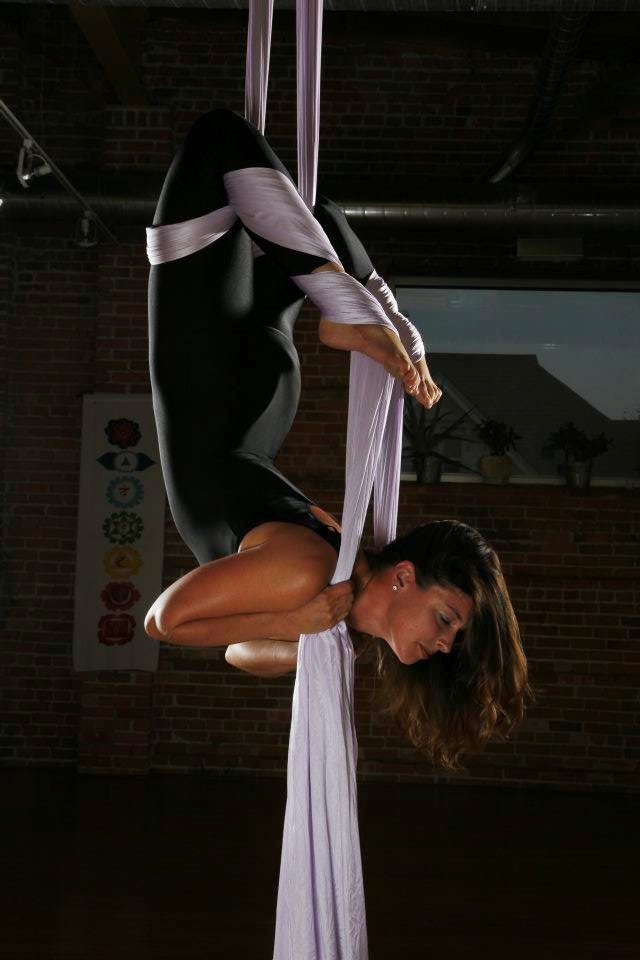 In a previous post, I talked about how trapeze arts was a killer workout and I can see exactly why Christie is as strong as she is. I’m talking really strong. She takes a real interest in fitness and makes every effort to maintain and build a body that keeps her safe up in the air. Christie’s circus love budded from yoga. “I think both yoga and circus arts have a playful spirit that attracts me. Both require strength, courage, trust, and the ability to let go, (sometimes literally)!”
Every month I get more and more inspired by these women. I meet them, learn from them, and continue this sisterhood. In return, I become so hopeful in this world that women can rely and support each other rather tear each other down or compete with one another.
Christie Bezaire (Smith) you are doing it right girl. 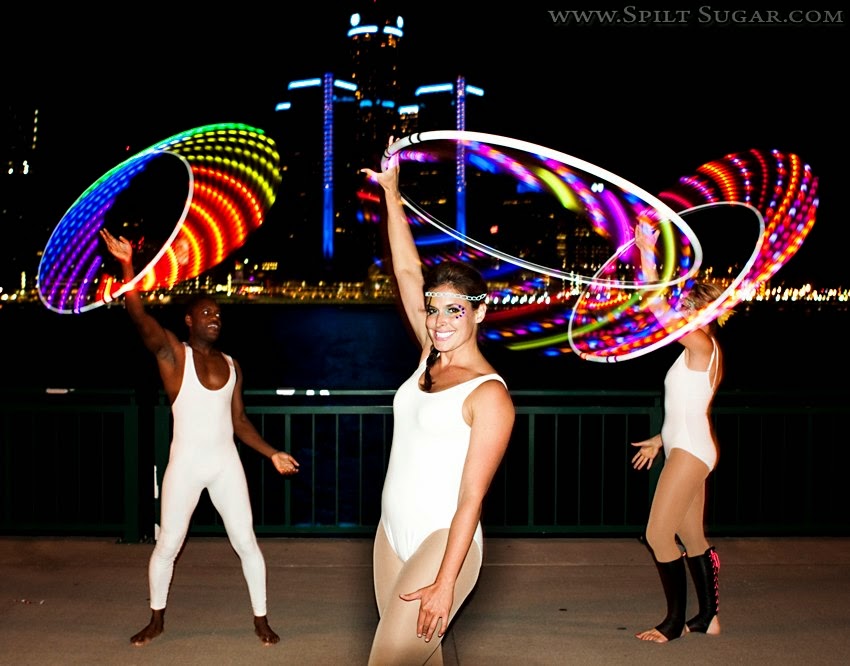 Thank you always for being a part of my peace.