DOING IT RIGHT: The Life of a Hockey Wife MARY SHAW

Her Write Peace’s November hockey wife feature is a woman after my own heart. Not only is she a wily veteran in the hockey wife lifestyle but she literally encapsulates the very goals I wish to achieve in my lifetime. She has a beautifully grown and happy family, she has mastered the hockey life/hockey wife balance (if balance exists), and she is an established children’s book author of a highly touted series that I’m sure you have all heard of. I would like to introduce to you Mary, Mary…Ahem….Mary Shaw!

Mary Shaw has got it down. At least in comparison to myself. I feel like a fish out of water and her philosophy on the job of being a hockey wife gives me hope and respite that even in times that are challenging, you can still achieve your own dreams and cradle those of your other half. Mary Shaw is married to former NHL’er Brad Shaw and now assistant/associate coach of the St. Louis Blues for the past 9 years. Brad’s resume covers pretty much any great accomplishment a hockey player could imagine on his journey to where he is today. He captained his CHL team winning a memorial cup in major junior,  climbed and bee-bopped through the ranks of IHL to AHL and through hard work and perseverance, earned his spot in the NHL.  That is just his resume as a player. Brad has graced the benches as a head coach in the AHL and now finds himself as a respected and diligent bench associate coach.

Mary and Brad met at a birthday party in 1982. A major junior love story if you will. Something I know all too well. They connected in Kitchener, Ontario where Brad returned after playing his first season for the Ottawa 67’s. The next two years, Mary found herself buying bus tickets and making car roadies to Ottawa to see her beau play. Eventually life progresses and must move on. Mary went off to university and Brad, after winning his Mem Cup ventured to Salt Lake City, Utah to fulfill his aspirations. The young lovers commenced a 6 year long distance relationship. A long stint but the two made it work and decided in 1988 to tie the knot. Six years long distance seems to be an eternity, and for those living that life now, there is light amongst the challenges.

Those challenges of long distance and constant changes in what defines “home” , in hindsight, of course dissipate, and today the two find themselves extremely proud parents to 3 children, Taylor (25), Brady (23), and Caroline (15).  Brad and Mary have been a part of 8 teams. There comes a time when you have to decide when it is best to go or best to stay when your hubby changes teams, especially when you have kids. This is the question that peaked my interest specifically. Mary and her mini squad did not always go to where dad was going. When I asked her if they always followed she simply stated, “Not always. One year he coached in Long Island and we couldn’t find a rental, so I stayed behind in Ottawa {where they resided at the time}.” Often it doesn’t come down whether or not you want to go or should go, it comes down to if you actually CAN join your hubby.  Another hardship of the constant moves are leaving friends and family. 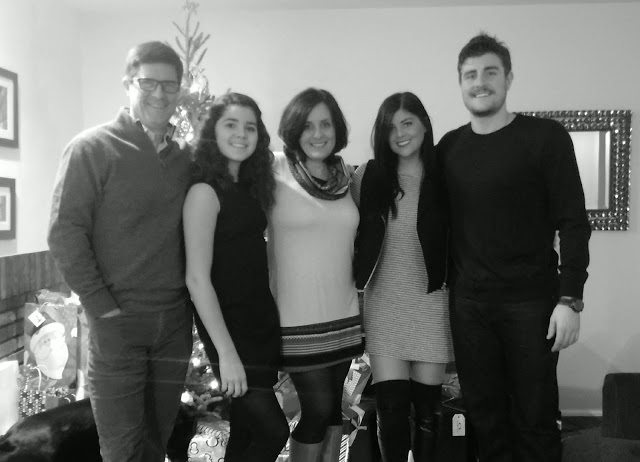 As mentioned before, I struggle with what happens when you have kids {number 2 on the way} and how do you know if you are making the right choices based on circumstances. I picked Mary’s brain any chance I could get on this matter. “It’s much easier moving the kids around when they are young…Once they hit high school, it’s a whole different ball game. Especially for girls.” Moving to St. Louis 9 years ago proved to be a challenge. Their oldest was going into grade 11 and starting her 9th school. “I’m not sure I would do that to her again. Our youngest, in grade 10, is already getting slightly anxious as to where she’ll be in high school next year. I’m sad she has to fret about that.” Mary expresses her concern. Although their home is currently in St. Louis and that is where Caroline is going to school, the Shaw’s returns to Ottawa, “literally the day after – HA! It’s too hot in Missouri for us Canadians.” 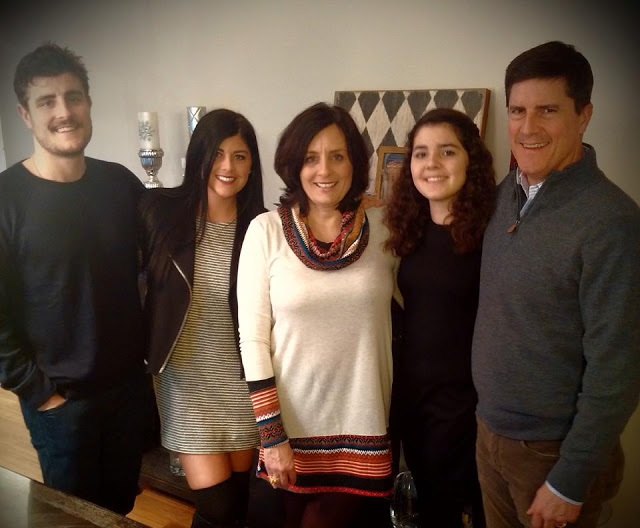 “Communication is key. I make him talk instead of silently stewing. We laugh a lot as a family. My kids could be on Saturday Night Live.”

Mary is my almanac of advice. No matter what she stays true to herself. When supporting her man, she doesn’t always worry about saying the ‘right thing’ or even saying nothing at all, “I don’t worry about saying the wrong thing, because I sometimes do. I have no filter. Brad has had to live with that since he met me.” The two focus on what betters their relationship and they make time for themselves and their family. This can get really difficult, especially in the beginning stages of a career. There is so much pressure to prove yourself that other things often get put on the back burner. Over the years they have learned what works best and I have to say, I’m following their road map as best as I can. “I listen to him vent when he needs to and visa versa. Usually we open a bottle of wine and sit outside and talk, or rent a movie.

“We don’t watch hockey at home–unless it’s our son’s game online. Brad gets enough hockey during the week.” – On making time.
One thing that I have noticed in my short journey as a hockey wife is that stability is a valuable and far-fetched luxury in this hockey world. I remember the terror I felt when I moved from my hometown for the first time to join my then boyfriend and now hubby when he finished his major junior career. I was lost. I left my friends and family to go across the country where I knew no one. I recall when my hubs left to hang with his new teammates on our first night, I got drunk on Pinot Grigio while watching Titanic and cried myself to sleep. Not realizing that this was the first move of perhaps many. I’m still a little bit terrified and talking with Mary helped me see that it won’t all be bells and whistles but her prescription for communication and laughter will serve as my mantra throughout our journey.
When the Shaw’s transitioned from a player’s family to a coach’s family there was certainly a shift that is definitely notable. Many players, once they retire, look for other options to stay in the game. I asked Mary if there was a divide when that transition occurred for them, “It’s definitely harder being a coach’s wife. You don’t feel as included. I don’t think the players or their families realize the time and effort a coach puts in…” Amen. Truth bomb. 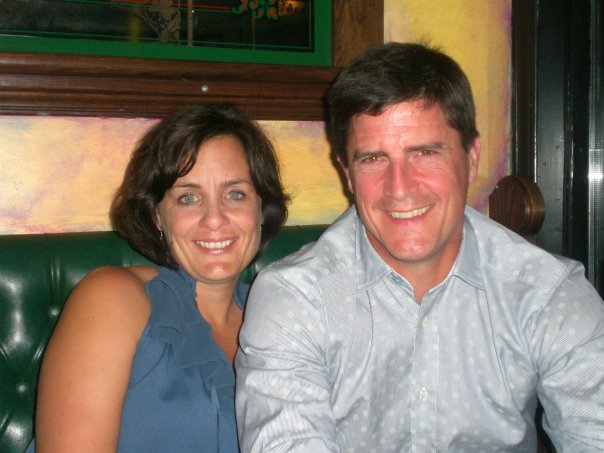 Mary loves getting involved in whatever charity her team is involved in. It’s a great way for her to get to know the players better and the wives as well. She also admits that she is a sucker for stray animals. “I’m starting to volunteer walking dogs. We already own a cat and 3 dogs, so I’m not allowed to bring anymore home.” 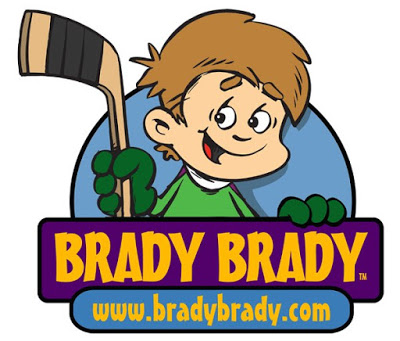 Sure Mary is an inspiration through example and philosophy, but she is also someone who has achieved a dream that I share. Mary is a very-well respected published author and the creative genius behind the children’s hockey book series “Brady, Brady“. Mary had never really thought about writing children’s books until she had children of her own. Mary’s inspiration for her books came from something she lived and breathed every day. A little boy who was so obsessed with the game of hockey gave her series life. Her son Brady was so enthralled with the game of hockey that they had to call his name twice to get his attention away from hockey to what they wanted to address. “In 2001, when the first Brady Brady book came out there weren’t any hockey books out. I needed to write a hockey book for Brady and other boys like him {who didn’t want to read about bunnies and bears}.” It was important to her that she wrote about a real life kid.  My kid loves the Brady, Brady books…borderline obsessive and I couldn’t be happier about it.
“I get emails from teachers and parents saying, “Finally we’re getting these boys to read! Thank you!”

Brady Brady is not solely focussed on hockey. When the Shaw’s moved to Ohio, Mary recognized that Ohio is a huge football state and therefore wrote a football book. She writes about what she lives and it is an admirable skill of an author to write what you know and see. Nothing is forced with Mary.  I can’t get enough. When they moved to the passionate baseball city of St. Louis, Mary wrote 2 baseball books. “If the NHL puts a team in Hawaii and they hire my husband to coach, I’ll write a surfing book.” Mary jokes. Maybe if Vegas gets a team there will be a Brady Brady Texas Hold ‘Em book… You never know…Writing is an adventure. 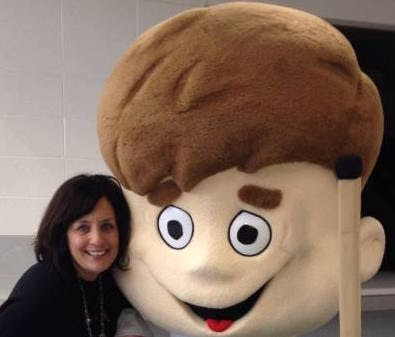 It has been an eye-opening and gratifying experience getting to know Mary and learning about how she makes it all come together in seamless unity. Like a true writer, mother and hockey wife, she is unfiltered and wears her heart on her sleeve. I enjoy reading Brady, Brady to my Little Man every night and often during the day too knowing that I know this woman and understand her lifestyle and that she understands mine. There is that sisterhood I have spoke of before that, even though you are miles and worlds apart, there is a community of love and respect. I am so appreciative of my hockey family that grows each and every day.
Thank you Mary and the Shaw family for letting me into your lives. Hubby and kiddos, your mom is the bomb.com, give her a high five for me next time you see her.
Mary Shaw and Brady, Brady will be releasing her second Brady, Brady collection for the holidays. The collection includes 5 stories under 1 hardcover. I know it will definitely be under the tree with Little Man’s name on it. Make sure you check out the Brady, Brady books out at your local book store, online at http://bradybrady.com , or even at your local library. You will love the stories and the illustration is amazingly colourful and fun for kids and parents alike to enjoy.
Order your books today!—————————————->
Thank you for joining me in celebrating another amazing hockey wife who is most definitely, DOING IT RIGHT!
Love you all,
K.