Doing it Right: The Life of a Hockey Wife ANDREA DOAN 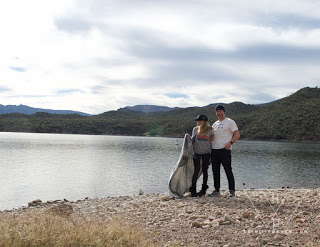 A true leader howls. This beast makes their presence known whether that howl has a loud and thunderous alpha-like aura or whether it’s a whispering paradigm transcending possibility effortlessly. They leave their mark. Leadership is not for everybody. Leadership is a feeling, a skill, and it is inherent. It comes from within. This month’s feature hockey wife is not far removed from leadership. In fact, she’s right in the thick of it. I like the idea of being a leader. I always wanted it, been assigned to it, and found solace in that role, but never really took a step outside of myself to evaluate its value to me as a person. In one interview with this months feature wife, my whole philosophy and connection to being a leader changed. Leadership runs in the family. To run a family, you need to be a leader no ifs, ands, or buts about it. There is a reason I love doing what I do here on this blog. I am constantly learning, gaining perspective, and meeting some pretty amazing people. I am so pleased to share with you this month’s “Doing it Right: The Life of a Hockey Wife” feature, Andrea Doan.

Andrea Doan is a mother of four extremely gorgeous children and wifey to NHL Coyotes captain Shane Doan. The family resides in Arizona where they have made their home for the past 20 years. This is an extreme honor and rarity in the professional hockey world regardless of the league level. The Doan’s have maintained a family first mantra that has only proven to create a more solid and loving environment for each and every member in their house to thrive. Speaking with Andrea and conversing virtually, I learned that she will literally move mountains to help where help is needed. I can see why Captain Canada scooped this woman up. 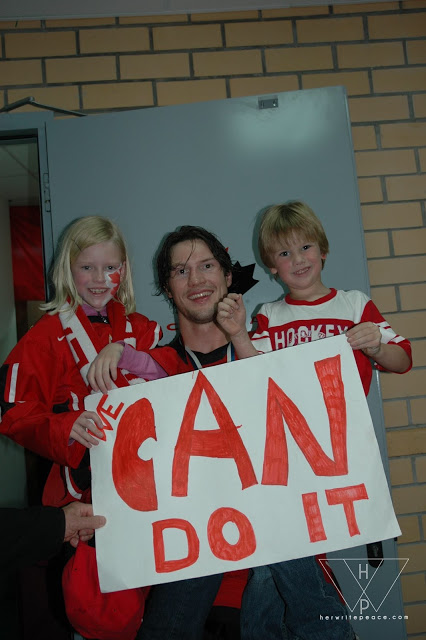 Andrea and Shane were pawns. In her college days, a friend had asked Andrea to assume the ‘wing-man’ role and come along on a date with her. Her friend’s date also asked the same of Shane. Those wings collided and as the story goes, love birds they became. Growing up in Canada, hockey has a way of finding its way into your home and eventually into your heart. She admits, “Hockey was definitely always on the television. My grandfather was the biggest Canucks fan so we always has the Canucks game going. But for me personally, I didn’t follow hockey until I met Shane but have been watching ever since. Andrea and Shane were married June 21st, 1997. 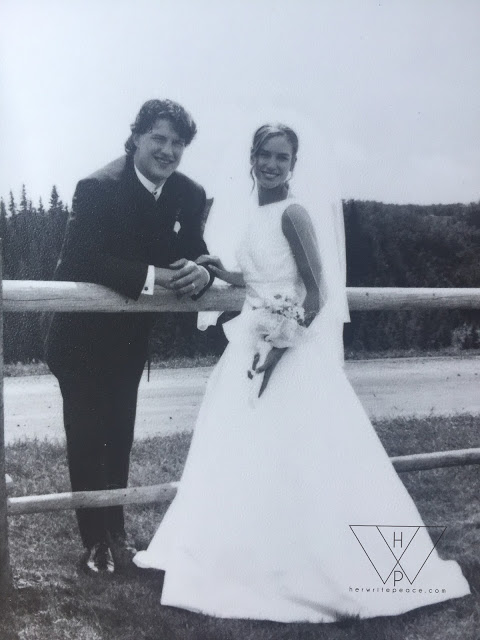 Andrea and Shane never attempted the distance relationship fiasco. Because that’s what it is…a fiasco. I can say that, I’ve lived it. Luckily, Andrea has a passion for her job. Being a photographer has allowed her to be fluent in her lifestyle and she’s pretty wonderful at it too. When the Doan’s embarked on the parenthood journey they knew that since Shane’s career doesn’t provide a lot of flexibility, specifically with practice and game schedules, Andrea would gladly take the lead at home. “We both agreed that one of us needed to be the stable parent,” she shares. It should be understood by all nay-sayers that as wives we do have a choice, and that choice begins with us. “First of all, I have always wanted to be a mom. Ever since I was little little. I’m currently doing photography still but the kids are keeping me very busy, and that is the priority right now.” 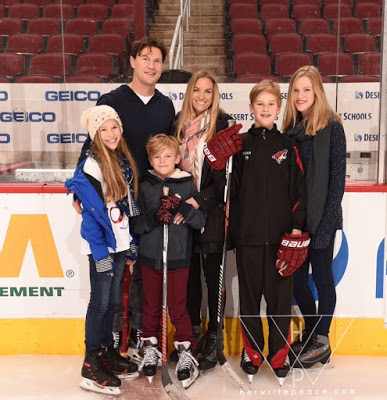 Those four gorgeous and busy Doan children keeping mom busy are Gracie, 17, who is just like her dad. She’s killing it in the theatre and show choir world and recently starred in her school’s production of Big Fish. She’s a great example for her other siblings and even took the youngest of the brood under her wing as he too played a role in the production. Josh is 14 and takes his big brother role very seriously. He loves sports and is an almanac of all sorts. Also like dad, “he is definitely aspiring to hit up the hockey world,” Mom boasts. Karys is 11 and is the central hub of the who, what, where, when, and why. Lastly, the youngest of the PK line, is Carson. He is the typical ‘baby” ; spunky and not afraid to give his input. During our interview, Carson comes in and we learn about his passion for reading…but only chapter books please. A kid after my own heart. 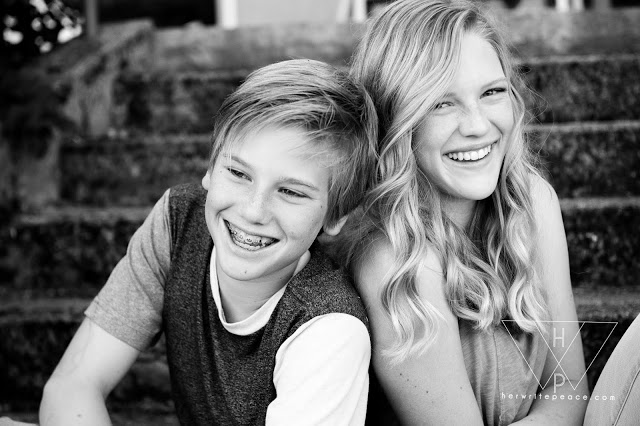 Not all hockey kiddos have the luxury of staying in one place for their childhood, but these guys have been blessed. Andrea states that the Arizona organization is very family oriented. They have been supportive of the Doans as well as the other hockey families. This is also true of Hockey Canada to which Doan has fashioned the maple leaf sweater a few times in his career. Road games and international tournaments have been the only experience of absence that this crew has had to manage. But on those times where the father/hubby figure is vacant, wives tend to reach out to the next best family and that is the hockey family. I asked Andrea what it is like to be the “captain’s wife” and whether or not she feels a certain level of responsibility attached to the title, she modestly explains, “I definitely look at Shane’s job as his job. It’s his job and whenever I can be supportive I will.” Without any sense of entitlement she genuinely tries to be as helpful as possible in ways she knows she can help, such as offering assistance with other parents on the team connect with doctors, babysitters, schools or any other parental need.

Although they haven’t experienced a trade it’s hard for Andrea to relate to the feeling of displacement, but as her heart of gold would dictate she empathizes from, “watching others get traded or coming in, and I know it’s difficult and can be a tough transition. It’s a part of the world we live in and so we kind of become accustomed to it, but it’s not…that…normal…”, she laughs, “for people who are not part of the hockey world, so it can sometime feel like second nature to us. Which I don’t know if that’s a good thing.”

Lauren Richardson, a fellow Coyote wife, shares, “when my husband signed with the Coyotes she reached out within a few days to say welcome! {She} let us know that we could message her with questions about anything.” Having an out-stretched hand in an unfamiliar place can be grounding and reassuring and Andrea Doan falls nothing short of a woman and friend who truly wants the best for others. Richardson also adds that Doan can “make one heck of a Sangria.” Oh Captain, my Captain!

In regards to her captain-ship, Andrea continues, ” The Arizona organization and Shane, as well as the other captains on the team have created an atmosphere that keeps everyone connected and very comfortable. I don’t think anyone feels out of place here.” Wendy Tippett, again one of the kindest souls I’ve met in my writing journey, was eager to offer insight on this months feature. Wendy considers being a captain’s wife an actual job, leaving my assumption of Andrea’s genuine modesty to be true. Tippett gushes,

“She stays calm in any situation and usually makes me laugh when I want to cry!
She is a woman of God and that’s what I love most- she is kind to everyone – our
team has always had a great group of girls that take care of each other and she has
been the one bringing everyone together for so many years. She’s our secret greatest
asset!” 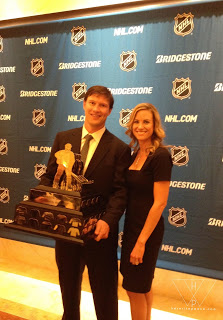 Since Andrea throws kindness around like it’s confetti, its of no surprise that Andrea, aside from being a superstar mom, creative shutterbug, captain’s wife (I agree, its totally a job!) and loyal friend, that this amazing woman spreads her heart even further. An organization that is near and dear to her heart, Hope Kids, also gets her time as well. Hope Kids is a school specifically for homeless children. The program focuses on 5 areas of impact: Hope, Family, Community, Safety & Acceptance, and {Economic} Support. All of those words I would use to describe Andrea and her philosophy on life. Andrea and Shane were awarded the Pat Tillman Community Leadership Award for the work they do within their community.

Check out the organization near and dear to Andrea’s heart. There are several chapters that assist our homeless youth. See where you can help out here –> HOPE KIDS

One last question I asked Andrea was one that was near and dear to my heart. Not only did she change and better my approach to leadership, but also that of parenting. I asked how she scaffolds the notion of leadership in her household and onto her children. Prepare to be raise the roof:


“I feel like our kids
are strong in who they are and confident in what they enjoy.
I think that comes
from being in an environment where you are accepted. We
have
taken awareness in what their interests are. We listen to them when they
tell us ‘I’m
not interested in this or I’m interested in this’. We don’t’ force and we follow what
sparks interest in them…” 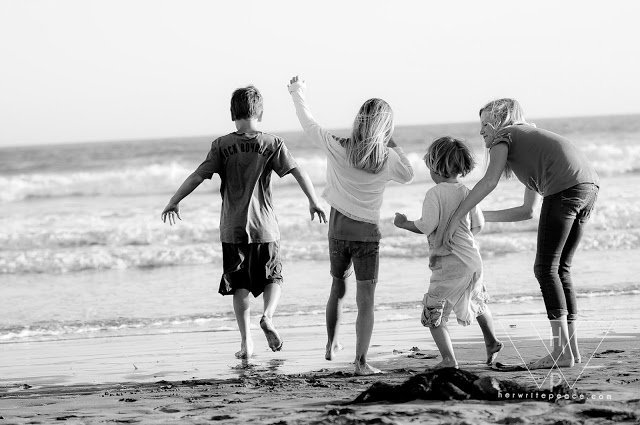 “I think that when you are in an environment that you are not forced to
do that you
do not like or have no interest in it naturally allows you to be a
leader, because you
have that confidence to be a a part of something you love. And when
you are doing
something you love then you feel accepted and you feel passionate
about it and your
excited about it.”


Once again, it was my pleasure to feature another amazing, strong, and influential woman on Her Write Peace. With each passing month, and with each woman I encounter on my writing journey, I believe more and more each day that we must raise each other up, and do less of the tearing down.

Thank you for showing me your light Andrea. 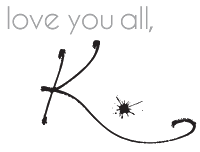