There is always something special that you remember about the Olympics.  They are the biggest uniting event in the world. Everyone has at least one everlasting memory of the games.  Whether it was Donovan Bailey’s 100M victory dash or Clara Hughes multi-sport winnings. Perhaps the greatness of Michael Phelps, the most medaled up athlete in Olympic history. Maybe it was the real-life inspirational Jamaican bobsled team. Then again, witnessing the miracle of the 1980 U.S. Hockey Team under-dogging their way to gold at Lake Placid is something special indeed. For some its Elvis Stojko’s…hair, Or Bruce Jenner, Or maybe, just maybe if you switch gears, it was the lives saved at the Sochi Olympics. The lives of Sochi Dogs.

Rewind. In the background of your television screen at the Sochi Olympics, the village is peppered with stray, orphaned dogs and puppies. Abandoned. Hungry. Harmless.  Those creatures of this earth had a death sentence ordered by the government to rid the streets of their “mess”. Athletes, their families and spectators alike were instantly overcome with empathy for these pups. In particular, two animal activists (and founders of Athletes for Animals) were affected deeply by the mistreatment of these animals. It was not an easy feeling for David and Kelly Backes to stomach walking the Sochi Streets seeing animals being dismissed with such inhumanity. Idle hands and hearts were not an option.

They didn’t know what they were going to do, but while David represented the USA Men’s Hockey team, Kelly set forth on her ‘ARGO mission” of obtaining adoption certificates for two dogs in particular who they called Sochi Junior and Sochi Jake. It was no easy task to adopt and transport stray dogs out of Sochi. Kelly Backes recalls, “Due to language barriers, it was a difficult process to communicate with local veterinarians, shelters, and government centers. And they ultimately always asked us “why” we wanted to save the dogs.” Unfathomable for some, obvious for most. 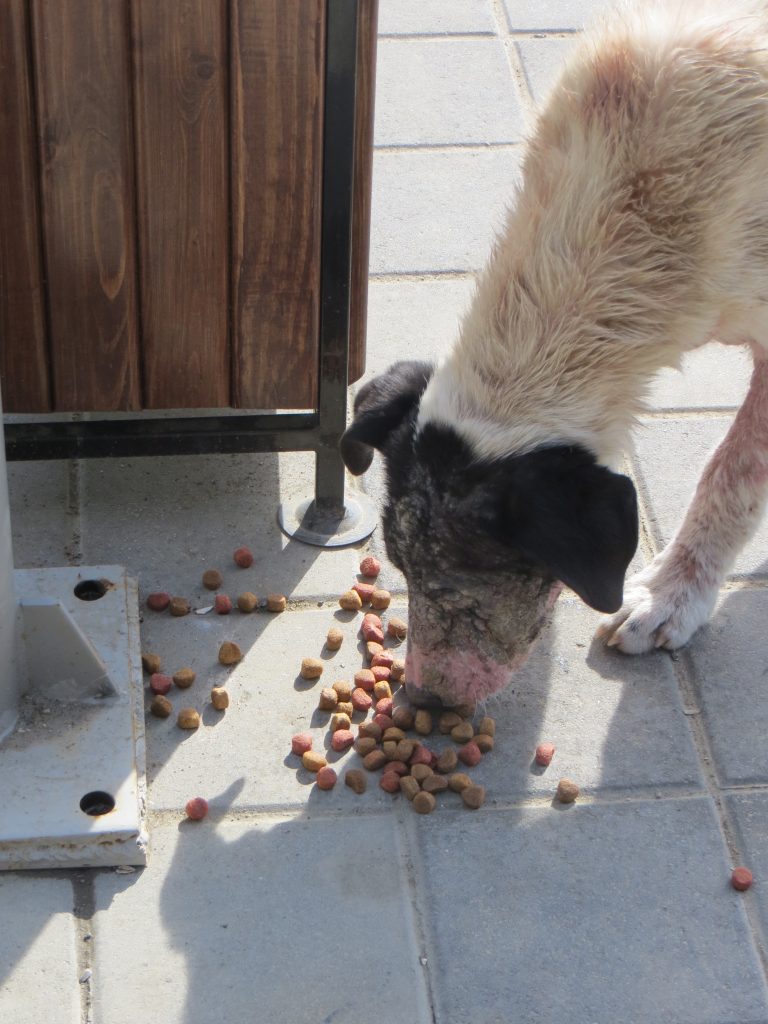 David and Kelly Backes didn’t receive word that they could bring the dogs home to American soil until the day before departure. Upon endless amounts of paperwork, vet visits, vaccinations and searching for crates of appropriate size, Junior and Jake made it onto the plane in hopes to find a better life…Little did they know they didn’t have to wait long. 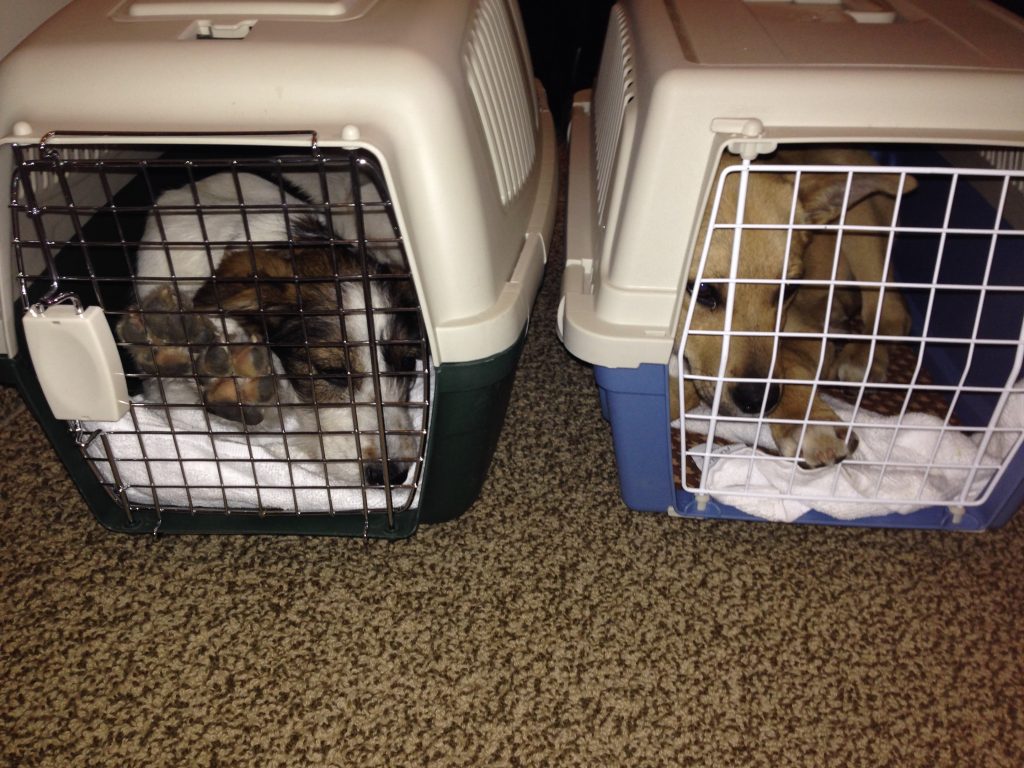 Leaving on a Jet Plane 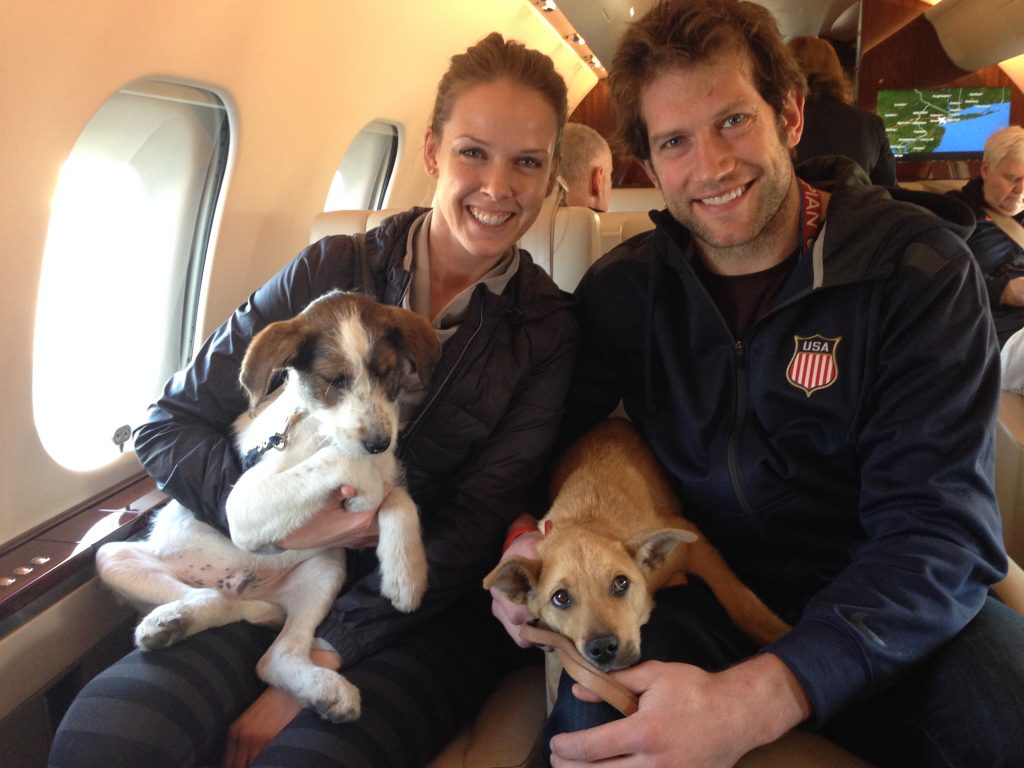 Cue Stephanie and Derek Stepan. After a few moments of cuddling with Jake in the airport, Stephanie told her then fiancée, Derek, that she wanted “him to be ours”. Both Derek and Stephanie grew up with dogs and intended to adopt a pet one day, but with their upcoming nuptials in 6 months, taking on a pup wasn’t exactly on their radar. Not to mention training a puppy in New York City presents challenges of its own. Stephanie reminisces the conversation, “He looked at me like I had two heads. But I just knew I wanted him. So after about an hour of talking about it, we agreed together that we would adopt him! We walked to the front of the plane where Jake was sitting with Kelly and David and we told them right then that we wanted to adopt Jake!” Signed, sealed, delivered. He was theirs.

Fast forward 4 Years. Another Olympic adventure has begun for many athletes and fans, but for the Stepan’s the Winter Olympics now carry the greatest sense of nostalgia back to them. Four years ago they saved a life. Four years ago they built a family. They would argue that Jake also saved them. They opened their hearts and home to a pup devastated by circumstance. “I actually had no knowledge of what was going on with all of the stray animals until we got over there. Once we landed in Sochi and were driving from the airport to our hotel, we saw at least a dozen stray dogs along the way and it was devastating.”

Typically, athletes and their families have hopes of returning home from the Olympics with a medal or breaking a personal record, but life changed in the best way possible for the Stepan’s.  “I don’t even know if I can put into words the impact Jake has had on our lives the last 4 years. He brings such joy to our family each and every day. He is the most loyal and loving dog and he has been the best big brother to both our kiddos. We really can’t imagine our lives without him now!” The Stepan’s now reside in Arizona where Derek plays for the Coyotes and Stephanie takes the helm of household CEO, raising their two children Max and Weslie. 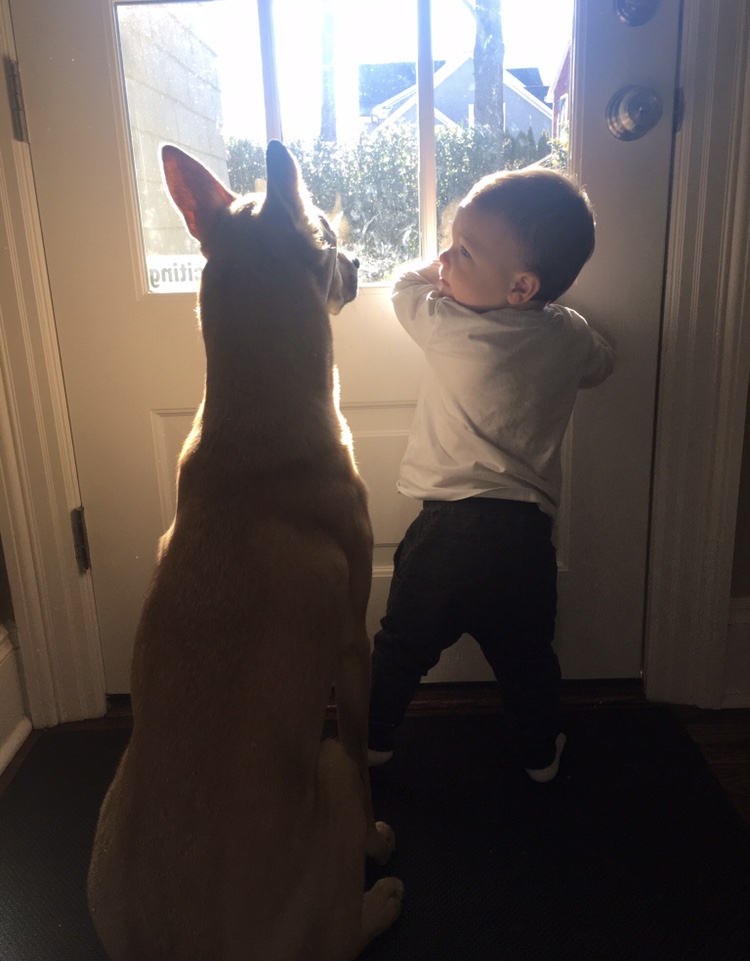 Jake is a well-loved and well-traveled pooch. Even though they currently live in Arizona, Jake was taken from the streets of Sochi to the high-rise skyscapes of New York, and currently, summers in Minnesota-which is his favorite by far says the family. They spend most of their time outside and you can always find Jake in the lake, mastering his doggy paddle.

Jake is living the life he probably never imagined could exist. But regardless of that knowledge, he knows he was rescued. “I always think to myself that Jake knows we rescued him because he is so loyal and protective of our family,” Stepan affirms. 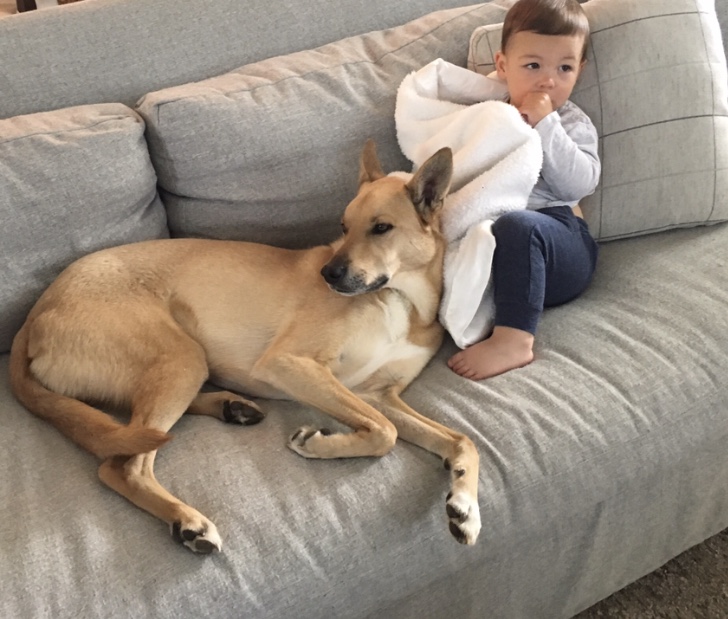 According to the America Society of Preventing Cruelty to Animals (SPCA) over 1.5 million animals are euthanized each year in shelters. That number has decreased since 2011 by 1.1 million mostly due in part to adoption efforts. A notion that resonates deeply with the Stepan family. “I always knew I wanted to adopt/rescue a dog instead of going to a breeder, but we were always apprehensive about finding the “right” dog for us. Adopting a dog that didn’t have a home was really important to both of us.” Stepan affirms.

The Stepan’s and Kevin Shattenkirk’s (NY Rangers) parents rescued Sochi Jake and Sochi Junior and do not regret the decision for a minute. They highly recommend adopting a pet for your home. 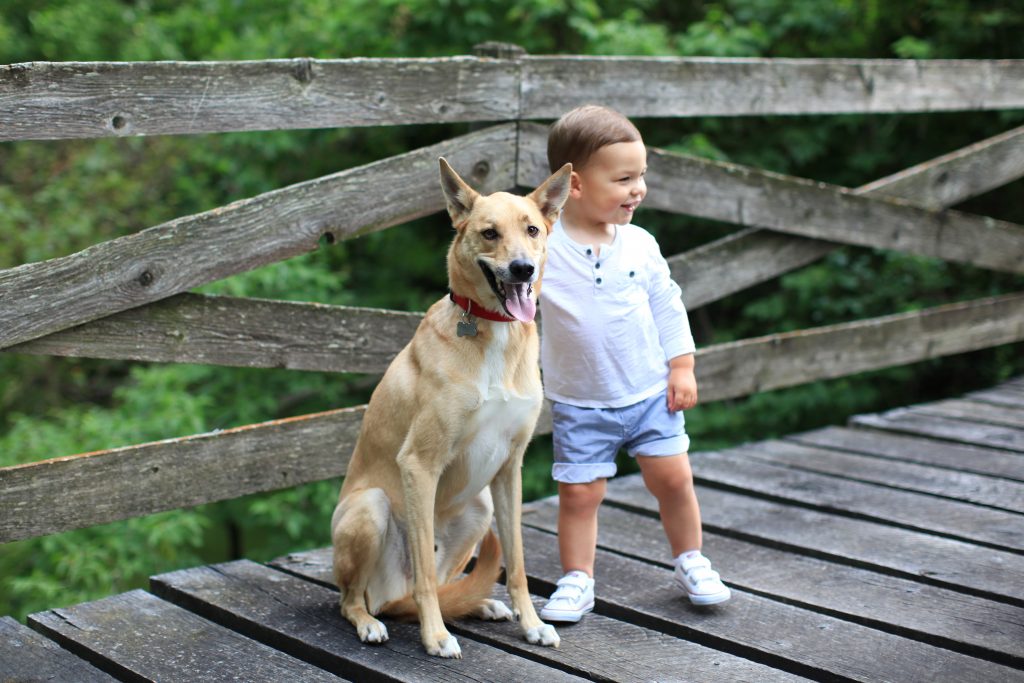 “100%. It was one of the best decisions we made. There are SO many animals out there that need a home and I always encourage people to “adopt don’t shop”- you’ll be saving their life and they will love you forever because of it!”

The Olympic games pull at us on an emotional level. Whether it is through the celebration of wins, of worldwide unity, stories of resilience, injury, or empathy, we are reminded that greatness happens when we work at it, when we give it a chance, when we put ourselves out there and pay the universe back for what it gives us every day. Animals work in the exact same way.  They constantly strive to love us, to please us, to rest a head on our knee when we feel lost. They are our greatest supporters and cheerleaders.  They have an innate ability to simplify the notion that survival and success are built on the basis of belief and love. Believe that you can save a life. Believe that every creature is worthy of a place in this world and in your home. 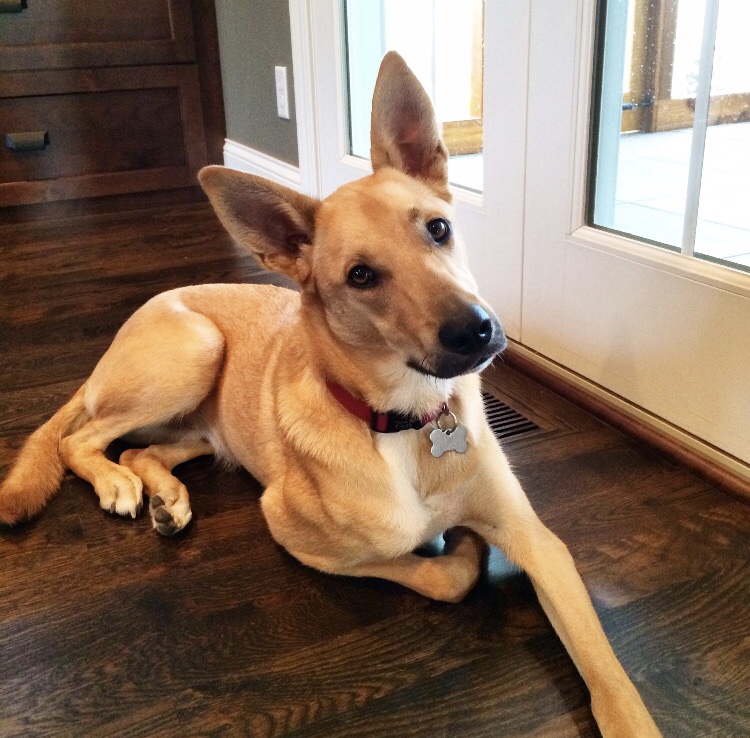 Thanks to families like the Stepan’s and the Shatterkirks, there is greater joy in this world. 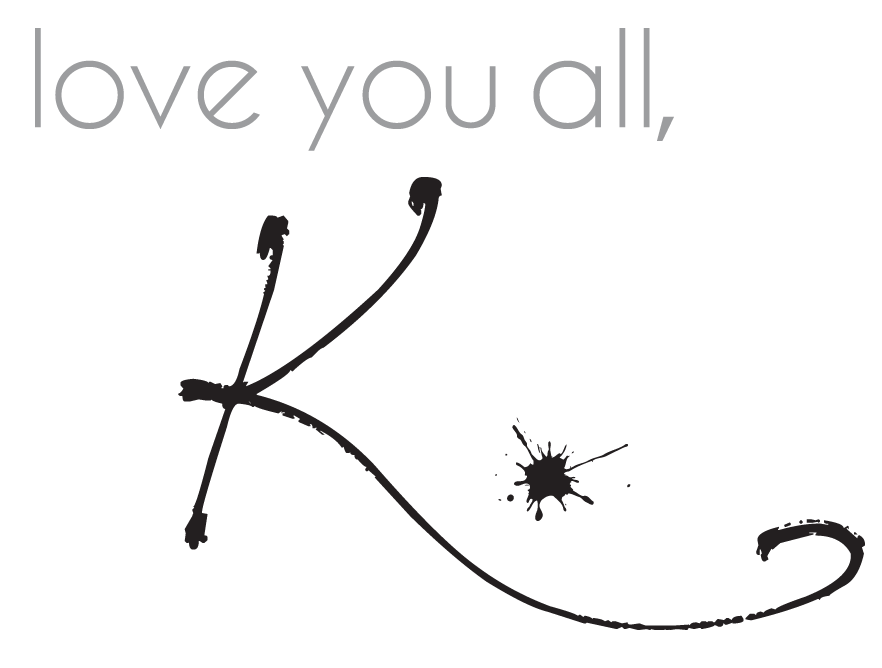